Plank Relay Warm Up (No Measure)

*Crab walk back to start

4 Rounds for Time (with a Partner)

* With a running clock Partner A starts the man makers while Partner B holds plank.

* Partner A may not start a rep until partner B is working.

* Partition the work as needed, but both partners must work at the same time.

* Partners may switch positions at will.

* Once the man makers are complete, either partner may start the deadlifts, and so on.

WOD cutesy of: https://wodwell.com/wod/devil-ramadi-v2/
Created by CrossFit Overwatch (Concord, CA, USA) to memorialize decorated US Navy Seal veteran and sniper, Chris Kyle (April 8, 1974 – February 2, 2013). It was first posted on their Instagram in memory of Kyle on his birthday in April 2017.

Time Magazine commemorated Sniper Chris Kyle’s Final Mission. “To his enemies, he was the “Devil of Ramadi,” an unseen terror who harried insurgents with his rifle during Operation Iraqi Freedom, often from an impossible remove. He served four tours of duty. He was credited with some 160 confirmed kills and was awarded two Purple Hearts. He played a role in every major engagement in the Iraq war. To the 18,000 folks of Midlothian, Texas, a blue-collar town just south of Dallas, Navy SEAL sniper Chris Kyle, 38, was invincible, revered, a local boy, a hero who’d seen and done things they couldn’t imagine, and who then came back home to live with them again and to watch his children grow.” 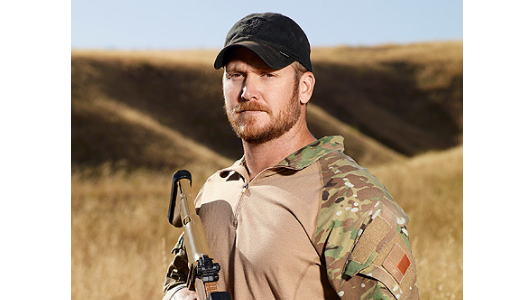